Marine Logan Hughes uses humor like a shield, but he's dead serious when it comes to getting the job done—especially when the job is protecting the woman he's been sent to Montana to marry. Too bad Lena Reed doesn't think she needs protecting...or a husband.

Lena knows she's the best one to run her family's ranch, and she'll be damned if she'll let a man her father sent steal control of her cattle operation—or her heart. But Logan Huges isn't like any other man she's met. Fiercely loyal, as determined as she is to let her take charge of the ranch, she's falling for him in spite of herself.

But when trouble comes to Two Willows, will she trust him—or turn her back on love for good? 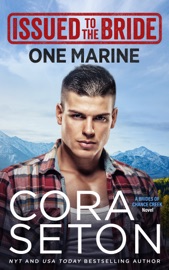