Six years after tragedy drove her from the Hollywood scene, actress Vicky Hale is ready for a comeback. She's found the right role in just the right movie, and if everything goes according to plan, it'll launch her back onto the A-list. But she's also attracted the attention of a stalker with a dangerous, indecent obsession. Enter Ryan Flint, a bodyguard so sexy he makes her weak at the knees.

Ryan's the best in the business, a consummate professional who plays by the rules and never mixes business with pleasure. That means Vicky's off-limits, but with each passing day, it's getting harder to ignore the sizzling chemistry that might burn them both. Not to mention, letting her into his life means sharing secrets from his past that he'd rather leave dead and buried. In the end, he'll do what it takes to keep her safe, but the greatest risk might be to his heart.

***A sizzling standalone romance***
***Each book of the Six Points Security Series follows a different couple.*** 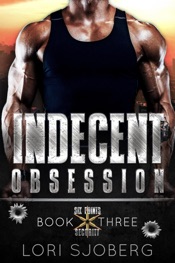