From the foggy streets of Victorian London to the eerie perfection of 1950s suburbia, the everyday is invaded by the otherworldly in this unforgettable collection of new ghost stories from the bestselling author of The Woman in Black.

In the title story, on a murky evening in a club off St James, a paranormal detective recounts his most memorable case, one whose horrifying denouement took place in that very building. A lonely boy makes a friend in 'Boy Number 21', but years later is forced to question the very nature of that friendship. 'Alice Baker' tells the story of a mysterious new office worker who is accompanied by a lingering smell of decay. And in 'The Front Room', a devoutly Christian mother tries to protect her children from the evil influence of their grandmother, both when she is alive and afterwards.

This edition also includes the chilling 'Printer's Devil Court' in which three medical students make an unholy pact whose consequences will pursue one of them to the grave - and perhaps beyond.

This is Susan Hill at her best, telling characteristically creepy and surprising tales of thwarted ambition, terrifying revenge and supernatural stirrings that will leave you wide-awake long into the night. 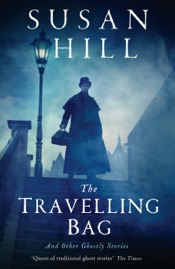